Cranes-UK are proud to annouce that after a year in negotiations and building process the three brand new Demag Overhead Cranes have been despatched to be installed at a Hydro Electric Power Plant in Lagos, Nigeria. The first of many! 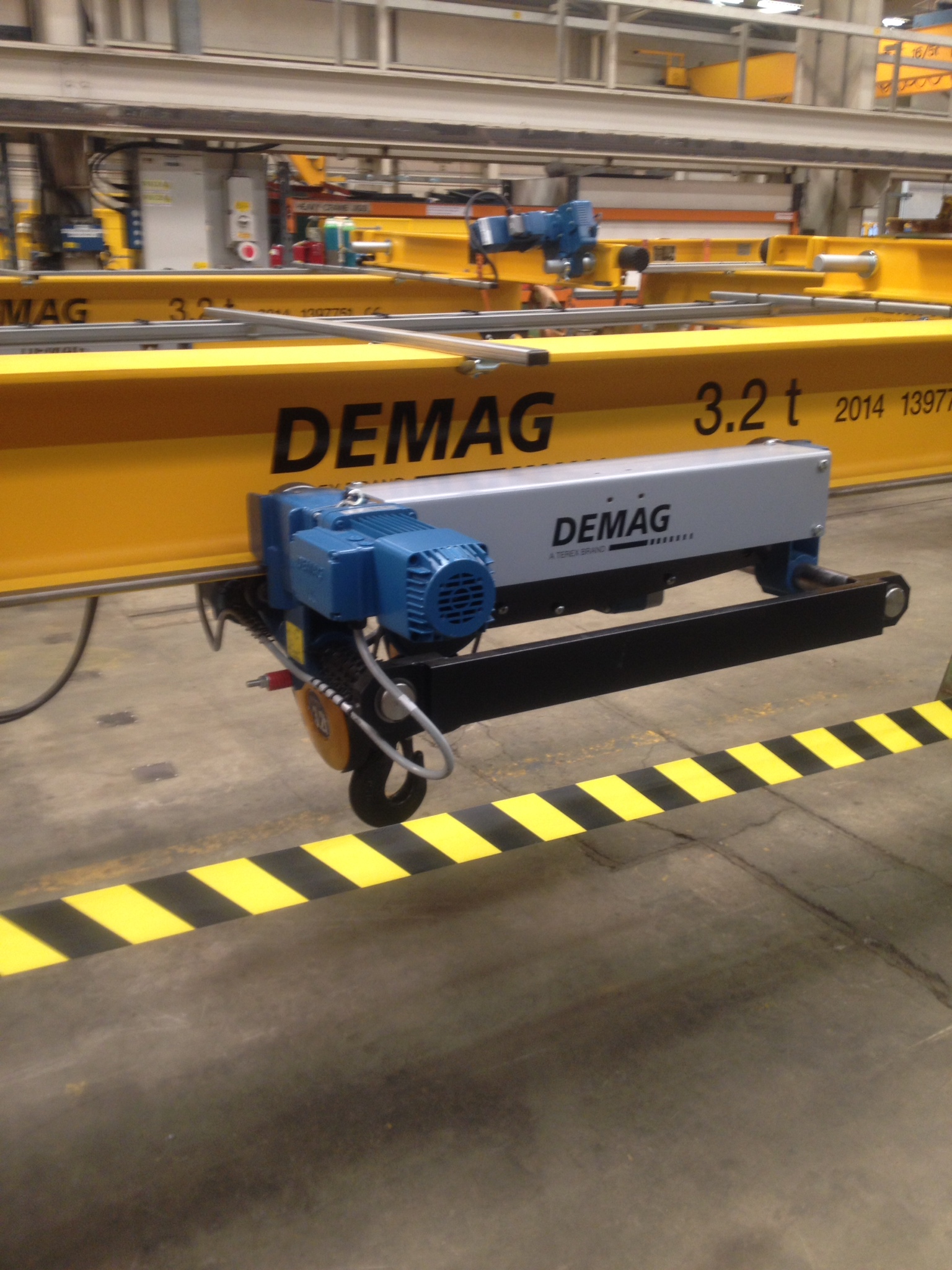 It all began over a year ago with contact first being made to our sister company in regards to the supply of new Overhead Cranes to replace existing very old Demag cranes that are used for maintenance in Hydro Electric Power Plants where pumps weighing up to 3 Tonnes are lifted out of a pit 15 metres deep to be inspected and maintained and then replaced back in to position.

Demag Cranes & Components have worked closely with ourselves throughout the whole process which enabled us as a team to extract a specification and come up with a suitable and cost effective design which was presented to our customers as an engineers drawing for their final approval, since then the cranes have been long in manufacture.

Last week myself and the Nigerian consultants met up and took a visit to Demag H.Q. in Banbury, Oxford to inspect the cranes and make a decision on how they were to get to Lagos. The three of us arrived at the now Terex owned manufacturers and were welcomed in and led to inspect the three cranes. Well presented, the three cranes were expertly assembled and precisely painted in a vivid 'safety yellow' which impressed our clients very much, they felt it was a nice change from their dark blue cranes and would put a smile on the operators faces. The engineers had one crane up and running for the clients to test and get a feel for this superbly manufactured new generation equipment. Our customer were extremely satisfied and thanked the Demag salesman; Jim and myself for the excellent service we had provided.

Tuesday evening the cranes were loaded on to our clients transport and are set to leave on Monday and be driven all the way to Lagos, Nigeria! Yes that really is a two week journey!! But the safest and fastest way of transporting the units.

On behalf of Cranes-UK we would like to thanks our friends at the Hydro Electric Power Plant in Lagos, Mr Rasolak and Mr Lawal for their business and look forward to supplying the 18 or so other brand new cranes that are in discussion! 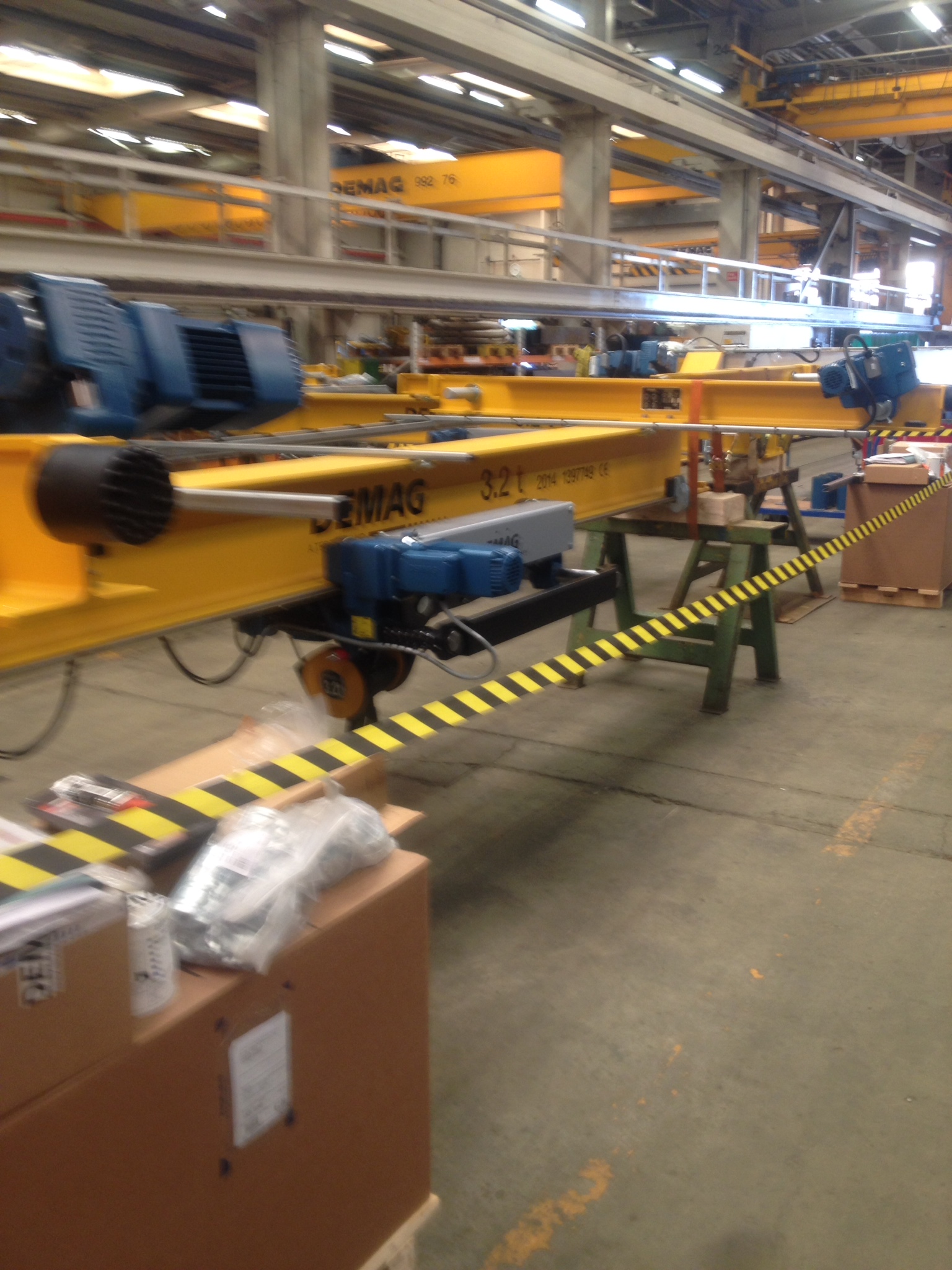