Ever growing and well established component manufacturers situated in Aberdeen had a need for two 3.2 Tonne fully electric Jib Cranes. Cranes-UK were sucessful in submitting the lowest bid and offering the highest levels of service which included free consultation and design.

National Oilwell Vaco produces small and large heavy equipment designed for use in the production of oil and gas. The requirement was for a bespoke and quality lifting system to allow them to produce, lift and transport heavy components as well as load machinery as well as to be supplied by an ISO 9001:2008 approved manufacturer with an impeccable reputation in the field. Cranes-UK designed and advised two British manufactured Jib Cranes to accommodate their needs. 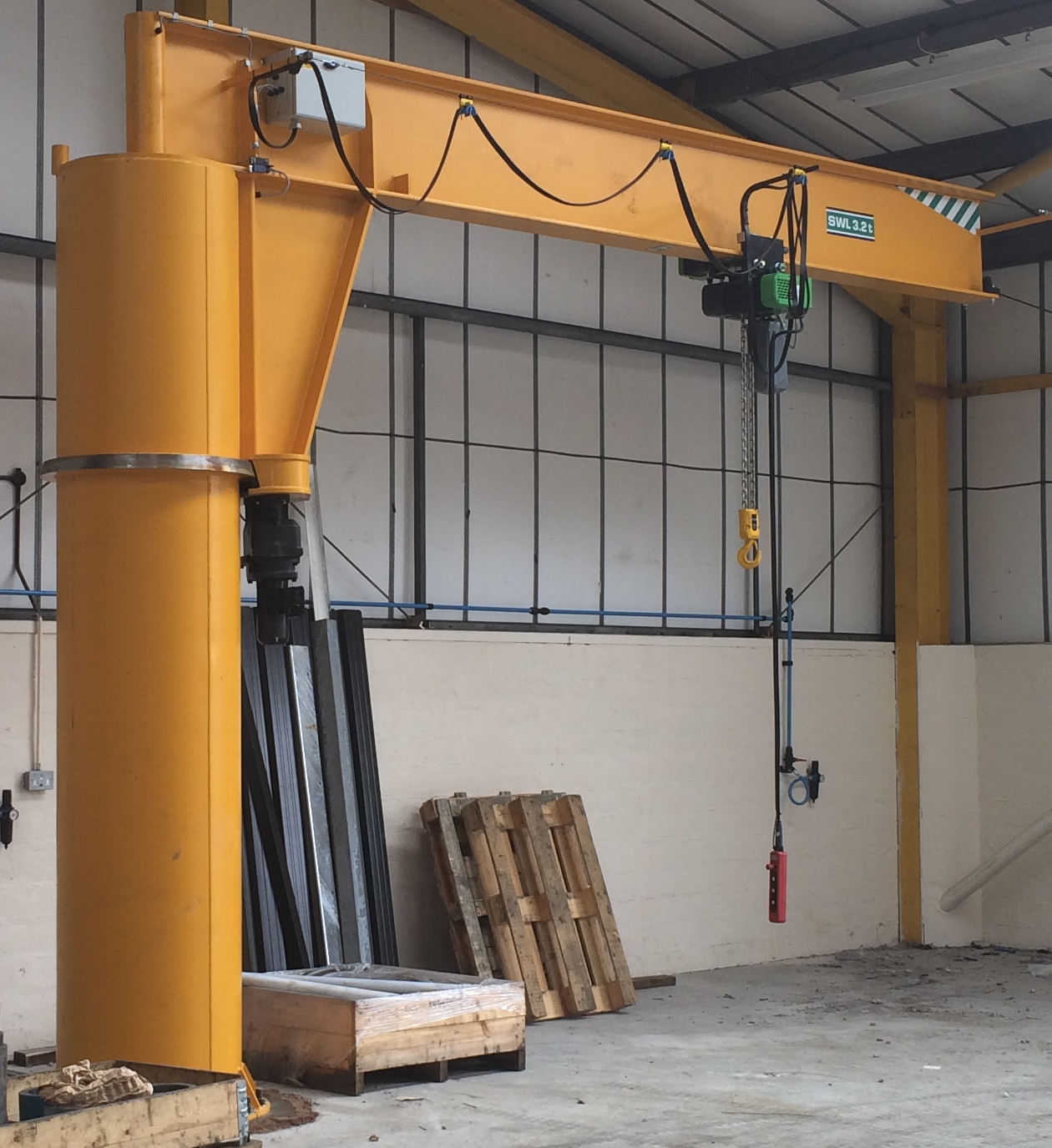 Well established and situated in the oil rich town of Aberdeen, National Oilwell Varco contacted Cranes-UK for a competitive offer on the supply and installation of two 3.2 Tonne Jib Cranes with full electric operation which would enable them to increase production of components which are manufactured for use in the production of oil and gas (hence their location and name). National Oilwell Varco are a globally recognised company and we are proud that they reached out to Cranes-UK and thankful for the opportunity to submit the lowest bid of which we were successful.

Now several weeks in to production NOV patiently await the delivery of their two brand new British manufactured Jib Cranes which are to be installed and tested by our nationwide installation team. However there is still work in progress to ensure we meet NOV's strict time frame, currently foundations are being dug and the base plates are being layed as well as the basic power supply all ready to welcome the new cranes. It is thought that we will have both of these cranes up and runing the same day to avoid any further delays and have our customer lifting sooner than later.

National Oilwell Varco produces large and small components designed for use in the production of Gas and Oil such as Offshore drilling equipment as well as other specialist equipment such as marine vessel equipment and even their own types of cranes designed for use on Vessels (not like the ones we are supplying to them).