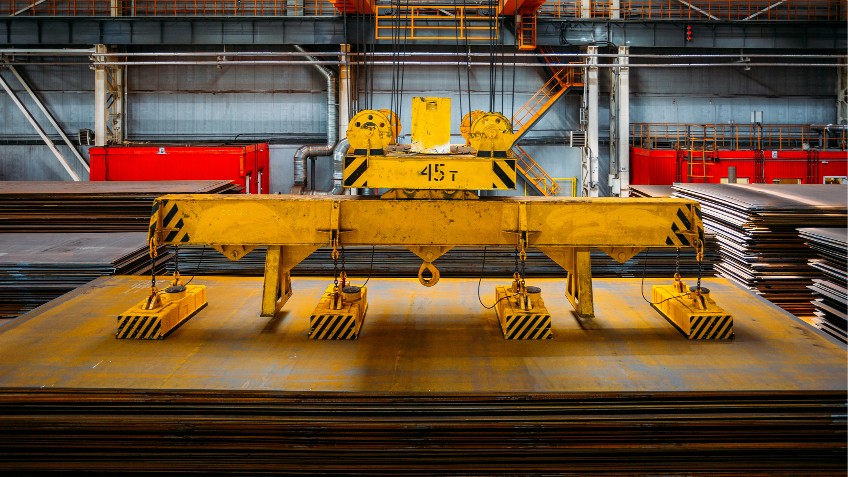 Vertical lift is achieved when there is no side-pulling action, it is recommended that all loads are lifted truly vertical and never to involve side loading as this has detrimental effects on the hoist components such as the chain/wire, sprocket and guides.

We often use the phrase “true vertical lift” when we describe the operations conducted through the use of overhead cranes. True vertical lift means that a hoist is able to lift a load straight up without involving any lateral swing. Vertical lift is facilitated through the use of equipment that works through double reeving. This is a type of configuration that involves two ropes coming out of a grooved drum from each end. When a load is lifted by an overhead crane, the ropes swirl around the grooved drum from the ends and towards the midpoint. This is what allows the load and the hook to remain aligned with the drum’s centreline, which, in turn, promotes a vertical lift.

Cranes that promote true vertical lifts can lift heavier loads in the 25-100 tonnes range. This is mainly because of the fact that the weight is equally shared by the two or four ropes. Cranes which facilitate true vertical lift are ideal for operations that may get disturbed due to a slightest side-to-side movement of the hook. This includes precision assembly operations and lifting operations in the aerospace industry.

Single reeving, in contrast, is one of the simplest and most commonly deployed reeving options, which works perfectly with lighter loads that weigh less than three tonnes. Hoists that are not used for precision lifting operations can be made to work well with single-reeving option. In a single-reeve setting, the wire rope twirls around the drum in a single layer and as the wire rope continues to rise, the hook gets raised too in a horizontal fashion.